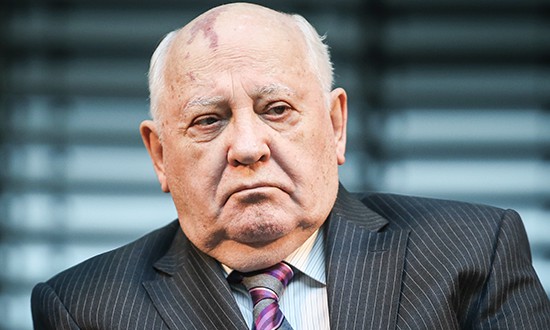 According to Mikhail Gorbachev Russia “was involved in the fighting in Syria deliberately,” – Joinfo.ua reports with the reference to Interfax agency.

“It is clear that ISIS must be stopped, or in the region, yes, I’m afraid, and not only in this region, large-scale battles can unfold,” – said the former president of the USSR.

In addition, Gorbachev expressed hope for positive changes in international relations after the talks between the leaders of Russia and the United States in New York.

“The fact that Vladimir Putin and Barack Obama found an opportunity in the current environment, in the current challenging environment for not just a meeting, but also for discussion of the most important issues of today’s agenda in the world, it inspires great hopes. It is impossible to consider which of them win and who loses – this is absolutely non-constructive. We have to support them, because they have come only from a positive position, “- said Gorbachev.

Yesterday October 1, Russia conducted new strikes in Syria. Russian air forces hit in the city of Hama, located on the banks of the Orontes River. Responding to U.S. accusations that the Russians are not targeting ISIS but other groups opposed to the Syrian regime, Syrian officials supported Russia and said that the Syrian government “any armed group fighting the Syrian forces is considered terrorist”.