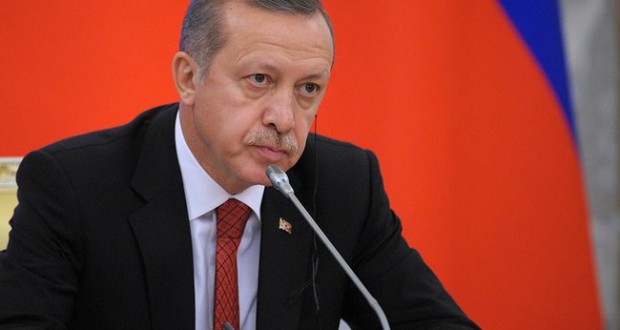 Turkey could reconsider the purchase of Russian gas because of the deterioration of relations with Russia after the violation of Turkish airspace. This was stated by the President of Turkey Tayyip Erdogan, Joinfo.ua reports with the reference to Reuters.

“We are the number one buyer of Russian natural gas. Loss of Turkey will be a serious loss for Russia. If necessary, Turkey can buy natural gas in various places,” – said the President of Turkey.

Erdogan stressed that Ankara “can not accept the current state of affairs”, and explanations about the Russian violations of airspace called ” unconvincing.”

In addition, Erdogan said that Turkey may also reconsider the construction of the Akkuyu Nuclear Power Plant on the Russian project.

“If the Russian will not be building Akkuyu nuclear power plant, someone else will come and build it”, – said Erdogan.

Turkey is the second largest consumer of Russian gas, giving primacy to Germany.

It should be recalled that the Turkish Foreign Ministry reported that Russian military aircraft violated the airspace of the country. The incident happened on October 3 in the Yayladagi region of Turkey’s southern Hatay province. Russian jet was intercepted by two  fighters F-16S from the Turkish air force, which were conducting patrols in the region. Foreign Ministry summoned the Russian ambassador in Turkey to protest the violation.