Shares
North Korean leader Kim Jong-un carried out the biggest military parade since the foundation of the state, dedicated to the 70th anniversary of the formation of the ruling Workers' Party 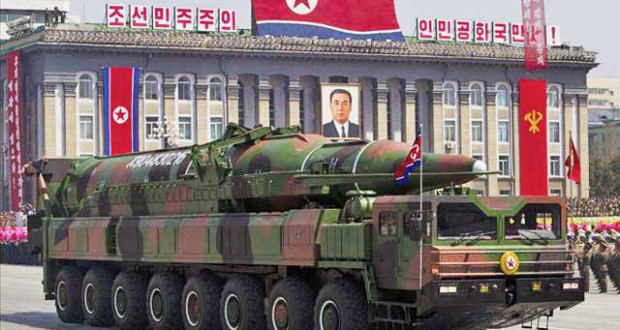 North Korean leader Kim Jong-un carried out a military parade in honor of the 70th anniversary of the ruling Workers’ Party, Joinfo.ua reports with reference to The Guardian.

The parade is one of North Korea’s most significant holidays — next to the birthdays of the country’s founder Kim Il Sung and his son Kim Jong Il.

Kim walked down a red carpet and saluted his honour guard before walking up to a podium to deliver a speech laced with the fiery rhetoric that is commonly used by the communist regime.

“Our revolutionary force is ready to respond to any kind of war the American imperialists want,” said Kim.

At the parade North Korea showed intercontinental ballistic long-range missiles KN-08 with modified warheads and the range  – up to 10 000 kilometers.

Due to the rain the parade was postponed to the afternoon. According to foreign experts, this demonstration of weapons has been the most ambitious in the history of the North Korean state – it was attended by no less than 20 thousand soldiers.