Shares
The acting head of the Belarus Alexander Lukashenko has been re-elected for the 5th term, collecting 83.49% of the vote 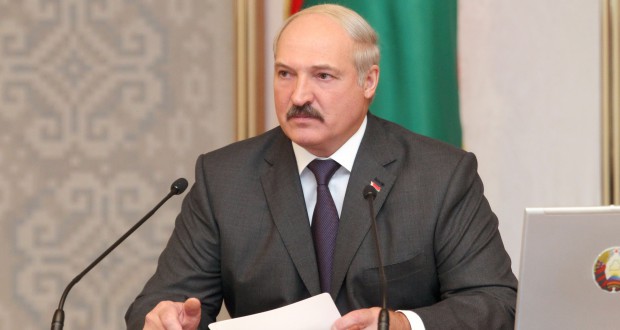 Alexander Lukashenko won the presidential elections, which took place in Belarus yesterday, October 11, and has been re-elected for the 5th term. Lukashenko came to give his voice at the polling station No1 in the Central district of Minsk. He arrived in good spirits and said he was “ready to be torn apart,” – Joinfo.ua reports.

The current President has collected 83.49% of the vote, said the CEC head Lidia Yermoshina, according to Belarusian media.

The leader of the Liberal Democratic Party Sergei Gaydukevich scored 3.32% of the vote, the representative of the civil organization “Tell the Truth” Tatiana Karatkevich – 4.42%, the head of the Belarusian Patriotic Party Nikolay Ulakhovich 1.67% of the voters. Besides, 6.40% voted against all the candidates. Voter turnout reached 87.2%.

In 1994, Lukashenko was elected the President for the first time.

As the chairman of the Central Election Commission Lidia Yermoshina said, the inauguration of the President will take place no later than on December11.

“The inauguration of the newly elected president should be held no later than two months after the elections. In this case – no later than December 11, “- said Yermoshina.

The opposition forces of Belarus has reported numerous violations of the electoral legislation at the poll stations and refused to recognize the results of presidential elections, because they were falsified.