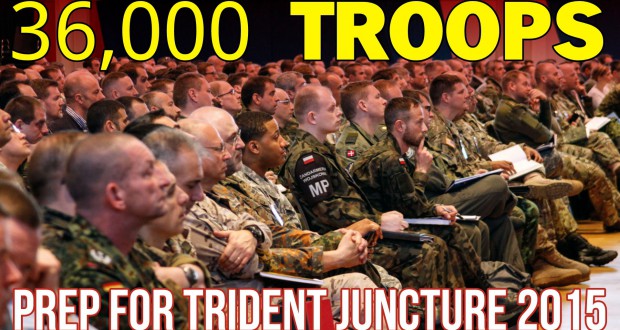 The opening ceremony of large-scale NATO exercises Trident Juncture 2015 took place on Italian Air Force on Sicily on October 19. These exercises are the biggest in 13 years.

NATO leaders’ main concern these days is resurgent Russian army capacity, which caused the biggest modernization of allies’ military forces since the times of the USSR, Joinfo.ua reports with the reference to Reuters.

From the Baltics, where Russia has a naval base in Kaliningrad, through the Black Sea and annexed Crimea, to Moscow’s intervention in Syria, Russia has stationed anti-aircraft and anti-ship missiles able to cover huge areas.

“We are very concerned about the Russian military build-up,” NATO’s Deputy Secretary General Alexander Vershbow told reporters. “The increasing concentration of forces in Kaliningrad, the Black Sea and now in the eastern Mediterranean does pose some additional challenges,” he said.

The maneuvers will involve 36,000 troops from 30 countries, including Austria and Sweden, which are not members of NATO, and last for five weeks. The exercises will be held on the territory of a number of countries: Italy, Portugal, Spain, Canada, Norway, Germany, Belgium and the Netherlands, as well as in the Atlantic Ocean and the Mediterranean Sea.

NATO officials insist the alliance is ready and able to defend any of its 28 allies from any threat, while its combined strength is far greater than Russia’s military capacity.