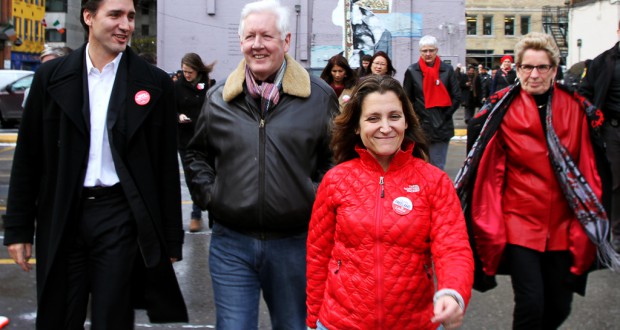 The Liberal Party led by Justin Trudeau won 184 of the 338 seats in parliament with representatives in every province and roughly 40% of the popular vote, allowing them to form a majority government with Trudeau becoming the Prime Minister-designate of Canada, Joinfo.ua reports with the reference to The Guardian.

Justin Trudeau is the son of former prime minister Pierre Trudeau, who led Canada from 1968 to 1984. Trudeau promised “sunny ways” for all Canadians. “This is what positive politics can do. This is what a positive, hopeful vision, and a platform and a team together can make happen,” he said in his victory speech.

Among his first tasks will be to assemble a cabinet, which he promised in campaigning would contain an equal number of men and women. Trudeau is expected to be sworn in before the G20 summit in Turkey, which starts on 15 November.

“Canadians from all across this great country sent a clear message tonight, it’s time for a change in this country, my friends, a real change,” – Trudeau said in his victory speech.