Slovenia needs help to cope with inflow of migrants 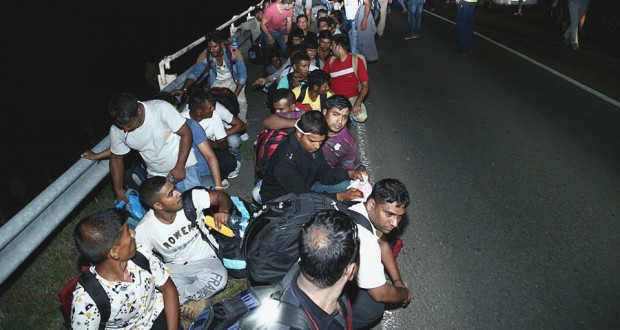 Slovenia is going to ask the EU for help with police forces and money deal with thousands of migrants headed through their territory northward.

The Interior Ministry of Slovenia said that near 19,500 migrants have entered the country since Friday, after Hungary closed its border, creating bottlenecks on border crossings, Joinfo.ua reports with the reference to Reuters.

“Slovenia will formally ask for additional police forces to guard the border between Slovenia and Croatia and for financial help,” he said.

Slovenian authorities also do not deny the possibility of “safeguarding border crossings with physical obstacles”.