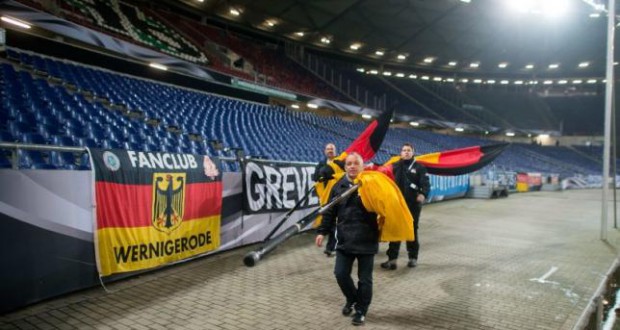 Germany – Netherlands football game, which German Chancellor Angel Merkel was due to attend in Hanover was called off on Tuesday over fears of a planned bombing, Joinfo.ua reports with the reference to Reuters.

The match was due to have been held four days after the deadly attacks in Paris on Friday, when suicide bombers targeted the soccer stadium where Germany were playing France.

“We had received specific indications that an attack with explosives was planned,” Hanover Police President Volker Kluwe told NDR state broadcaster. “We took them seriously and that is why we took the measures.”

Police vans with loudspeakers ordered fans to leave the Hanover stadium and heavily armed officers positioned themselves outside the arena.

Police also evacuated Hanover’s TUI multi-purpose arena where a concert was about to start while officers checked cars and pedestrians in the city centre and sniffer dogs were deployed.

A train on its way to southern Germany was also stopped at Hanover station with police removing a suspicious package before giving the all-clear for the train to continue its journey.

There were no arrests made and no explosives were found, Lower Saxony Interior Minister Boris Pistorius said.