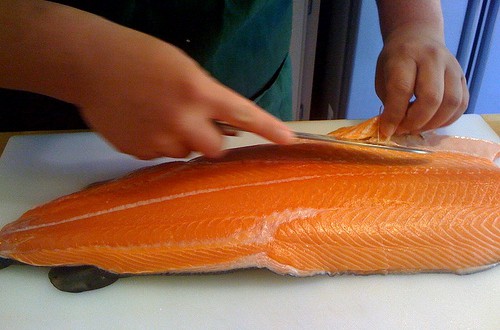 The approved fish is AquaAdvantage Salmon from AquaBounty Technologies. The company created its first batch of genetically modified fish in 1989 and sent over safety data to the FDA in 1995. AquaBounty developed the salmon by altering its genes so that it would grow faster than farmed salmon, Joinfo.ua reports with the reference to the Verge.
The fish reach market size in 16 to 18 months rather than the typical three years.

AquaBounty Chief Executive Ronald Stotish said the approval is “a game-changer that brings healthy and nutritious food to consumers in an environmentally responsible manner without damaging the ocean and other marine habitats.”

Activist groups have expressed concerns about risks to the environment or public health. Also, some retailers said they would not carry the fish on store shelves.