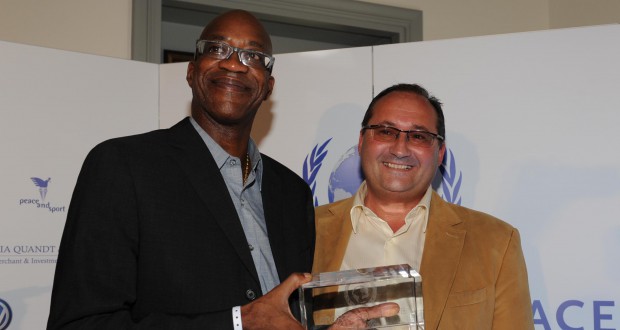 On Wednesday, at WADA meeting in Colorado Springs, Olympic champion Edwin Moses said that Russian track team should be banned from Olympic Games 2016 in Rio de Janeiro, Joinfo.ua reports with the reference to Foxsports.

“The only sanction is that enough is enough. It is to state loudly and clearly that the Russian athletics team cannot go to Rio,” Moses told the WADA meeting in Colorado Springs.

“Athletes are very concerned — they want to see the right thing done in this case,” Moses said.

Moses said he wanted to see an investigation into all sports in Russia before they could be deemed compliant.

The International Association of Athletics Federations (IAAF) had already provisionally suspended Russia from international competition last week for state-sponsored doping but left the door open to a return in time for the Olympics.

RUSSIA’s anti-doping agency (RUSADA) was suspended by WADA on Wednesday, raising the possibility of Russia being barred from the Olympics if it does not fall into line with accepted international rules.

WADA’s foundation board unanimously passed a recommendation from a committee which found RUSADA noncompliant with the global body’s charter.

The decision had been widely anticipated following a damning report by a WADA independent panel which uncovered a state-sponsored doping program in Russia.