Mufasa the mountain lion freed from travelling circus after 20 years 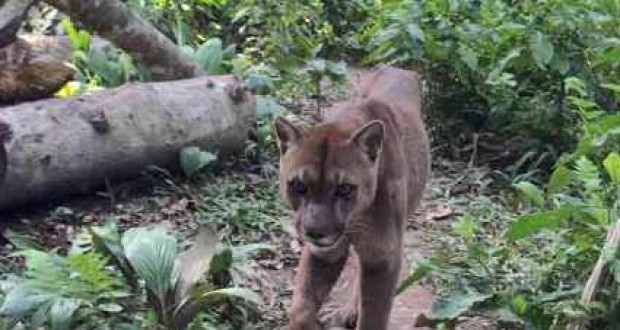 The last mountain lion to be kept in a travelling circus in South America has been freed. Mufasa the mountain lion was kept in the back of a truck, chained up for over two decades. Now, a new video from animal rights organisation Animal Defenders International (ADI) shows his journey from a village in Peru, back to the forest, IBTimes.co.uk reports.

He was freed from the circus after a police raid earlier in 2015. ADI believes he is the last wild animal kept in a travelling circus on the continent.’

ADI is currently involved in “Operation Spirit of Freedom”, which is trying to implement legislation to end the use of wild animals in circuses. So far the campaign has rescued nearly 100 animals since its launch in 2007.