Shares
Losses from floods, which occurred after heavy rains and snow in the Carpathians, amounted to more than 2 billion UAH - authorities 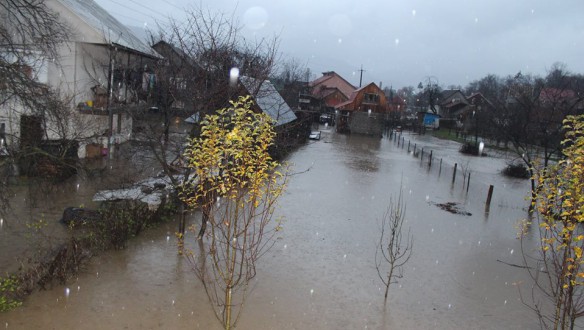 Losses from floods, which occurred after heavy rains and snow in the Carpathians, amounted to more than 2 billion UAH, said the head of the Regional State Administration Gennadiy Moskal in the video conference to the channel “112 Ukraine”.

“Tomorrow we will gather managers and give the order to eliminate the damade within a week,” – said Moskal.

The roads, according to the head of the State Administration, are cleared.

“The road was closed from Rakhiv to Yablunetskyi Pass and on to Yaremche and Colomyia due to mudslides. Today, all roads are cleared,” – said Moskal.

In turn, the head of Emergency Service of Ukraine Mykola Chechetkin on his Facebook page said that they continued liquidation of consequences of flooding in households in the mountain rivers’ basins of the Transcarpathian region.

They restored traffic on the road ‘Mukachevo – Rohatyn’, restored power supply of all households in Rakhiv and Tyachiv district.

Now 220 people and 50 machinery units are eliminating the damage in the region.

According to the weather forecasts, tomorrow it will rain and snow in the Carpathian region.

In the lower flow of Tisza River in the area of ​​the villages of Vylky and Chop, the water level is expected to rise because of the mountain springs’ flow down.

The situation is under constant control of the Emergency Service of Ukraine.