Home / World / Brussels announced a third day of lockdown, the capital’s metro, universities and schools will be closed on Monday

Brussels announced a third day of lockdown, the capital’s metro, universities and schools will be closed on Monday

Shares
Belgian armed police continued raids across the country on Sunday, the prime minister announced another day of lockdown in the capital for fear of new attacks 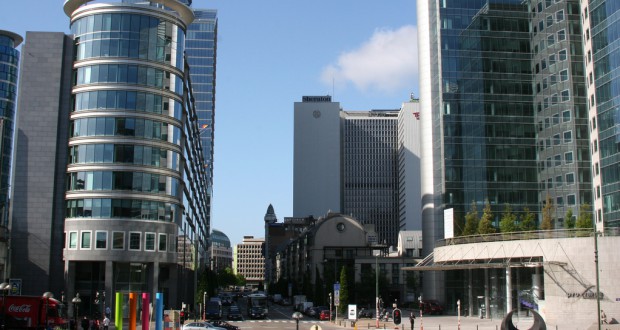 Belgian armed police mounted raids across the country late on Sunday after the prime minister announced a third day of lockdown in the capital for fear a new, Paris-style mass attack may be imminent, Reuters reports.

Police said they arrested at least 16 suspects in 19 raids late on Sunday night. But Salah Abdeslam, the 26-year-old French, a suspect believed to have played a key role in the terrorist attacks in Paris 10 days ago, was not among them.

Earlier in the evening, Prime Minister Charles Michel, speaking after a meeting of security chiefs called to review the threat status, said the capital’s metro, universities and schools would be closed on Monday.

For the rest of the country, a threat level of three on a four-tier scale would remain in place, Michel said. Brussels would remain at level four, meaning an attack was imminent, as it has been since Saturday.

Armed police mounted searches in several parts of the capital on Sunday evening and cordoned off areas close to the main tourist attraction, the Grand Place around the town hall.

Helicopters could be heard flying over the capital.

He said a new evaluation of the situation would be made on Monday afternoon.

The companies had already indicated on Sunday they were ready for staff to work from home, while metro is closed.

Belgium has been at the heart of investigations into the Paris attacks on November 13, when 130 people were killed, after links with Brussels emerged.