5 exoplanets rated as most habitable

Shares
There are nearly 2000 exoplanets in the universe found to date. So there a possibility that a few of them will resemble earth and be even habitable 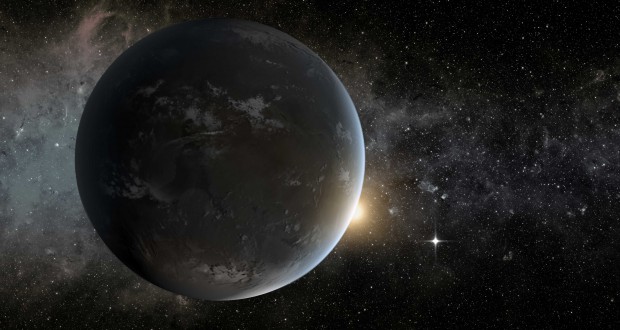 Here is a top 5 exoplanets, as Tech Insider states, which are rated as most habitable, Joinfo.ua reports.

A good way to estimate how habitable a planet is the Earth Similarity Index (ESI). This number is calculated from the exoplanet’s radius, density, surface temperature and escape velocity, which is the minimum speed needed to break free from the planet’s surface.

For many exoplanets, we don’t have all these measurements, so some of them have to be estimated based on the best available information. The ESI ranges from 0 to 1 and anything with an ESI above 0.8 may be considered “Earth-like”. In our solar system, Mars scores 0.64 (the same as Kepler 186f) while Venus comes in at 0.78 (the same as Tau Ceti e).

Here are the five top candidates for an Earth-twin, based on their ESI values.

Kepler 438b (ESI=0.88) has the highest ESI of any exoplanet known. Discovered in 2015 around a red dwarf star, significantly smaller and cooler than our sun, it has a radius only 12% larger than Earth’s.

It orbits the star, which is 470 light years from Earth, every 35 days and is in its habitable zone, where it can support liquid water on the surface.

As with other discoveries by Kepler around faint stars, the planet’s mass has not been measured, but if its composition is rocky, it may be only 1.4 times that of the Earth’s with a surface temperature between 0°C and 60°C.

Unfortunately, it has recently been found that Kepler 438b’s host star regularly sends out powerful flares of radiation, which may render the planet uninhabitable after all. Gliese 667Cc (ESI=0.85) was discovered in 2011 orbiting a red dwarf in the Gliese 667 triple star system, just 24 light years away. It was found by the radial velocity method, which is a measure of the small movement a star makes as it responds to the gravitational tug of the planet.

The planet’s mass has been estimated at 3.8 times the Earth’s, but we don’t know its size. This is because the planet does not pass in front of the star, which would allow us to measure the planet’s radius. With an orbital period of 28 days, it sits in the habitable zone of this cool star, with a possible surface temperature of around 5°C.

On Mars, for example, it can be -125°C near its poles in the winter. Its mass is not known too, but if it has a rocky composition, it may be only 2.3 times the mass of the Earth.

This planet (ESI=0.83) was discovered in 2013 with the Kepler telescope, which spotted its transit in front of its host star. This star, located about 1200 light years away from us, is somewhat cooler than the sun. Its orbital period of 122 days means it falls within the star’s habitable zone.

As with many other planets discovered by Kepler, its mass has not been measured, but its estimated at over 30 times the mass of the Earth. The temperature could permit liquid water to exist on its surface, depending on atmospheric composition.

Kepler 452b (ESI=0.83) was discovered in 2015 and was the first potentially Earth-like planet orbiting in the habitable zone of a star similar to our Sun. The planet’s radius is 1.6 times that of the Earth and it takes 385 days to orbit its star, which is 1400 light years away.

Because the star is too faint to measure its movement due to the gravitational tug by Kepler 452b, the planet’s mass is unknown. However it has been predicted to be at least five times that of the Earth and the planet’s surface temperature is estimated between -20°C and +10°C.

As we have seen, even the most Earth-like of these planets may not be able to support life due to the activity of its star, which can be very different to our sun.

Others have a size or temperature that is slightly on the extreme side. But given the rate of exoplanet discovery, it is not impossible that we will detect a planet that truly has the same mass and size as the Earth and is in a similar orbit around a sun-like star in the next decade. If not, ESA’s PLATO spacecraft, due for launch in 2024, will certainly have a good chance.