Home / World / Scientists claim: ‘Alien megastructure’ near strange star might be a swarm of comets

Scientists claim: ‘Alien megastructure’ near strange star might be a swarm of comets 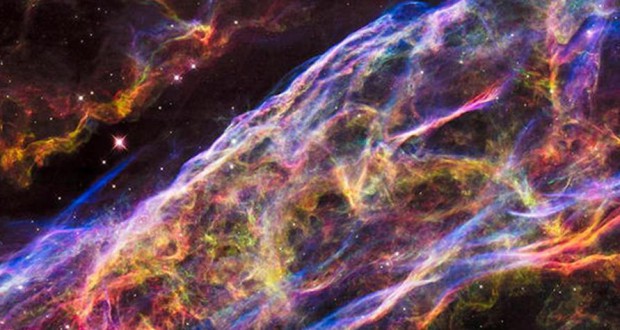 According to the last information, an ‘alien megastructure’, which was spotted near a strange star, might be caused by a swarm of cold comets. Undoubtedly, this explanation is disappointing for people who believe in the presence of alien forces nearby the distant star, Joinfo.com reports with the reference to The Mirror.

Astronomers have trained NASA’s Spitzer Space Telescope on KIC 8462852, also known as Tabby’s Star, which has baffled scientists ever since they saw its light dim in “dramatic, never-before-seen ways”.

This observation led some to suggest a massive structure called a Dyson Sphere had been built around the faraway sun in order to harness its energy.

But NASA has now claimed the dimming may simply be caused by a comet orbiting Tabby’s Star, dragging debris along behind it.

However, NASA is still not certain this is actually the case and is planning to make more observations.

“We may not know yet what’s going on around this star,” said Massimo Marengo of Iowa State University.

“But that’s what makes it so interesting.”

As reported earlier, a famous alien-hunter Seth Shostak insists that the ‘alien megastructure’, which has been spotted around a distant star, may be built by extraterrestrial creatures.