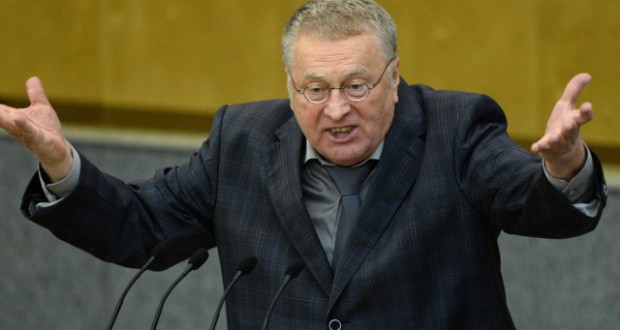 According to Russian media, MP Vladimir Zhirinovsky proposed to crush Turkey with a nuclear missile attack, Joinfo.ua reports with the reference to Korrespondent.

“Istanbul is very easy to destroy: it takes just one nuclear bomb to throw in the Strait (Bosphorus – Ed.), and it will be washed away. It would be such a terrible flood, the water column would rise to 10-15 meters, and there would be no city with nine million people,” – said the leader of the Liberal Democrats.

According to Zhirinovsky, Turkey’s NATO allies will not intervene, “not wanting to die in a nuclear fire.”

Zhirinovsky said that at present Turkey is the number one enemy for Russia.

Russian-Turkish relations have deteriorated markedly after November 24, when Russian Su-24, shot down by Turkish Air Force for violation of their air space on November 24 near the Syrian border after 10 times warning.

Russian President Vladimir Putin called this incident “a stab in the back” and said that this attack will have tragic consequences for Russian-Turkish relations.