Shares
Yesterday, the political subgroup of the Trilateral Contact Group started negotiations in Minsk. The main issue is the elections on the territory of DPR, LPR 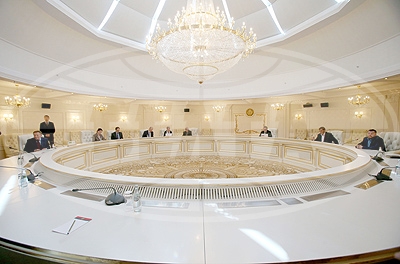 On November 30, negotiations of the Trilateral Contact Group on the settlement of the situation in the eastern Ukraine have resumed in political sub-group in Minsk. The main issue is the elections on the territory of DPR, LPR. The negotiations will continue four days, Joinfo.ua reports.

The negotiators will focus on conducting of the local elections in the areas of Donbas, temporarily uncontrolled by Ukraine. The elections are scheduled for February 2016.

According to Roman Bezsmertnyi, the representative of Ukraine in the sub-group, the most important condition for the elections is the implementation of Minsk Agreements. It means strict adherence to the ceasefire and releasing all the prisoners. Bezsmertnyi said it in an interview with 112 Ukraine TV channel.

“Only after this we can speak about restoring of a free media resources and forming political pluralism in Donetsk region. Under that conditions, it is possible to hold the elections “, – said the correspondent of the TV channel.

It should be recalled that last time the Trilateral Contact Group held a video conference of the working sub-groups on  November 24.