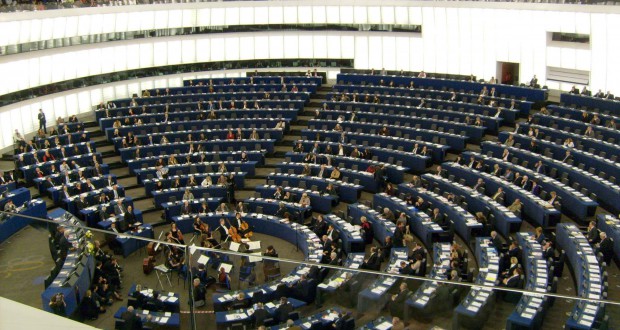 The letter addressed to the President of the European Council, Donald Tusk, President of the European Commission, Jean-Claude Juncker, High Representative of the EU for Foreign Affairs and Security Policy Federica Mogherini and European commissioners, signed the 31 MEPs, including Petras Austrevicius, Jacek Saryusz-Wolski, Gabrielius Landsbergis, Andrej Plenkovich, Rebecca Harms and others, special correspondent of UNIAN reports.

“We are convinced that the unconditional granting Ukraine and Georgia, which also made significant progress in their respective fields of visa-free regime, will display a real devotion to the European Union’s Eastern Partnership, which is becoming increasingly important in view of the enormous military, political, economic and propaganda pressure on these associated EU partners. In addition, it will strengthen the resolve of Ukraine and Georgia to continue the path of reform, contributing to the positive democratic change in these countries “, – the letter says.

The MPs expressed their conviction that “thanks to their joint efforts, Ukrainian and Georgian people will be the beneficiaries of the liberalization of the visa regime next year.”

In the letter, in particular, MEPs drew attention to the Council and the European Commission on “the significant progress made to date by the Government of Ukraine to implement the necessary requirements for the package to liberalize the visa regime.”

In this regard, they noted “two major areas – the fight against corruption and discrimination.” “This legislation, in particular the Law on the National Agency of Ukraine for the identification, tracking and management of assets derived from corruption, is paving the way for the introduction in Ukraine of the new tool in the fight against corruption, which is aimed primarily at improving the lives of ordinary Ukrainian citizens,” – they explained.

The letter also pointed to the implementation of the policy of anti-discrimination amendments to the Labour Code, which “showed that the Ukrainian authorities and society support human rights in all their forms, that is an encouraging sign of the consolidation of democracy in Ukraine, initiated by the Revolution of Dignity.” “It should be noted that these laws were enacted by the strong parliamentary majority, which only proves the commitment and strong political will of Ukraine to the Association Agenda and the reform process”, – said the deputy of the European Parliament.