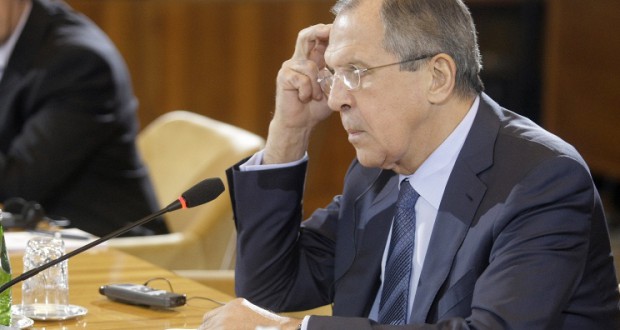 Russian Foreign Minister Sergei Lavrov and his counterpart Mevlut Cavusoglu met for the first time after Turkey shot down Russian Su-24 bomber for violating the Turkish air space on November 24, Joinfo.ua reports with the reference to TASS.

“We met with the head of the Turkish Foreign Ministry on his insistent request, I did not hear anything new,” – Lavrov said at the press conference. He added that Russia repeated its position on the downing of the jet too.

Cavusoglu said it would be unrealistic to expect all problems to be solved with Russia after a single meeting, but it was important to maintain open communication channels.

It should be recalled that today Putin addressed to the nation with his annual speech to Russia’s State Duma. He vowed to take revenge on Turkey for Su-24.

From January 1, 2016, it is also prohibited for employers of the Russian Federation to employ Turkish citizens.

Visa-free regime for the citizens of Turkey is suspended from 1 January 2016.