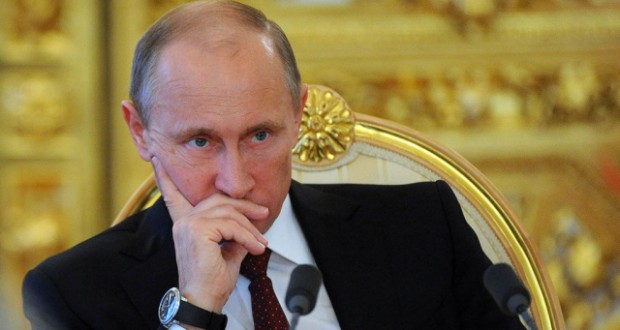 TurkStream had been planned to deliver Russian natural gas to Southern Europe and Turkey, bypassing Ukraine via four pipelines under the Black Sea, Joinfo.ua reports with the reference to Deutsche Welle.

Earlier Putin signed a decree, imposing bans and restrictions on the economic relations with Turkey, including import into of certain goods from a list established by the Russian Government.

From January 1, 2016, it is also prohibited for employers of the Russian Federation to employ Turkish citizens.

Visa-free regime for the citizens of Turkey is suspended from 1 January 2016.

Today Putin addressed to the nation with his annual speech to Russia’s State Duma. He vowed to take revenge on Turkey for Su-24.

Putin said: “Our actions will always be guided primarily by responsibility – to ourselves, to our country, to our people. We are not going to rattle the sabre.”

“But if someone thinks they can commit a heinous war crime, kill our people and get away with it, suffering nothing but a ban on tomato imports, or a few restrictions in construction or other industries, they’re deeply mistaken,” – Putin threatened.