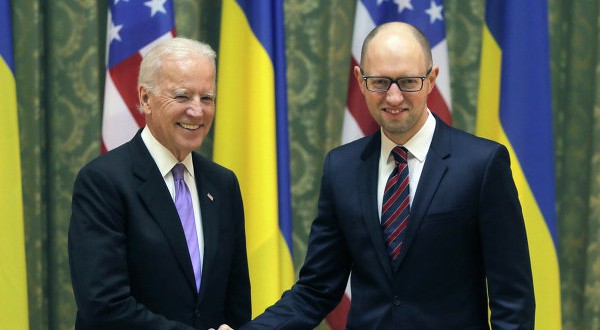 “In the first place is the deregulation and reducing of the influence of government on economic processes. The second – a reform of the Ukrainian tax and fiscal systems. The third – the fight against corruption in the custom service. The fourth – the privatization. Fifth – the introduction of new standards of management of the state-owned enterprises”, – said Yatsenyuk.

Ukrainian PM also said that the government is doing everything to attract the U.S. investments, and one of those ways is the privatization.

In turn, Joe Biden said the U.S. Congress is considering the possibility to provide Ukraine with $300 million aid for security sphere.

According to him, the Congress is now working on the adoption of this bill.

“I hope the bill will be approved,” – the U.S. Vice President said.

It should be recalled that Monday, during the press conference following the meeting with the U.S. Vice President Joe Biden, Ukrainian President Petro Poroshenko said that Ukraine will provide maximum support to the anti-ISIS coalition forces in Syria.