The IMF approved the principals of tax reform in Ukraine 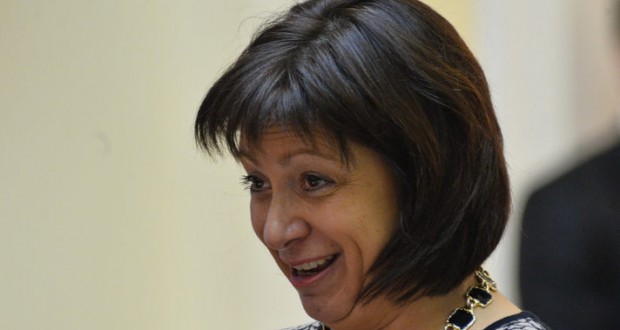 International creditors were conducting the long lasting negotiations, but eventually changed their position on tax reform. This was stated by Minister of Finance of Ukraine Natalie Yaresko, Joinfo.ua reports.

“Yes, at first they were against it, but after several months of negotiations and discussions with facts and figures, their position has changed. So now – yes, the Fund agree with our vision. They understood our philosophy of reforms, aimed at increasing revenues and reducing budget expenditure,” – she said.

Yaresko emphasized that the IMF is focused not only on the budget deficit.

“They are interested in a balanced approach to budgeting, in the high quality of the decisions made, in the reforms in all sectors of the Ukraine economy”, – said the Minister of Finance.

Earlier, the Cabinet and the IMF agreed on a draft of the tax reform at the technical level. Natalie Yaresko said that the Cabinet developed the way to save 60 billion UAH compared to the draft budget. She noted that currently the Ministry is conducting a revision of the structure of spending on the energy sector, the roads, the agricultural sector, in order to increase their effectiveness.