Shares
Tuesday, in Minsk at the meeting the Trilateral Contact Group reached agreed on several issues, the implementation of which will depend on the adherence of the truce 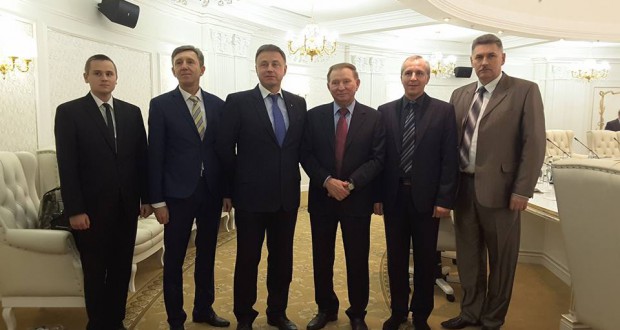 At the meeting in Minsk, the participants of the Trilateral Contact Group agreed the proposal of the working sub-group on security regarding the demining of the specific areas based on their infrastructural and humanitarian significance, as well as a proposal for granting access to the experts of international organizations in Ukraine to the territory of Donbas, uncontrolled by Ukraine, Joinfo.ua reports citing information from Darka Olifer, the press secretary of Leonid Kuchma.

“Representatives of Special Monitoring Mission of the OSCE should have access to the entire territory of Donbas, including uncontrolled by Ukraine and to the uncontrolled part of the Ukrainian-Russian border. The representatives of the certain regions of Donetsk and Luhansk regions must ensure access to experts of international organizations, including the Doctors without Borders and the International Committee of the Red Cross to prisoners who are in prison in the territory of Donbas, uncontrolled by Ukraine “, – said Darka Olifer, the press-secretary of the representative of Ukraine in the contact group and the second President of Ukraine Leonid Kuchma.

According to her, another important issue of the meeting was the release of the hostages, which, at the insistence of the Ukrainian party, should be completed by the upcoming Christmas and the New Year holidays. Special reports of the representatives of humanitarian subgroup on the exchange of hostages will be heard at a meeting of the Trilateral Contact Group, which is scheduled for December 22.

The participants stressed that the success of the activity of the humanitarian, economic and political subgroups depends primarily on adherence to the silence in Donbas.