Shares
Greek Cypriot President Nikos Anastasiades allowed Russian fighter jets to use military bases and other airports in Greek Cyprus if caught in a “difficult situation.” 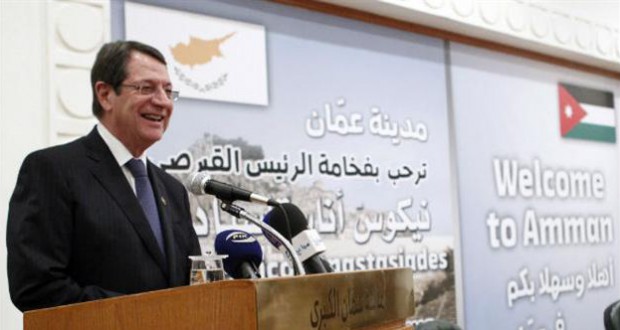 In Athens during negotiations of Greece, Egypt and Cyprus, Greek Cypriot President Nikos Anastasiades  said Russian warplanes and ships could take on supplies from the country and use its military airbase or other airports in case of need, Joinfo.ua reports with the reference to Hurriyet Daily News.

“In critical situations, Russian ships or aircrafts are allowed to take supplies. This is not with an aim to [facilitate] attacks but as aid,” said Anastasiades on December 9.

“If Russian warplanes are in a difficult situation they can use the Andreas Papandreou military base or the other airports,” he added.

Anastasiades said the deal reached with Russia was to provide the same conveniences Greek Cyprus provides to Germany and France.

“International law requires that help is given in an emergency situation and there is agreement. With Moscow there is a legal drafting process for an agreement also,” he added.