Home / World / Investigation: the murder of Boris Nemtsov has no connection with his political activity

Investigation: the murder of Boris Nemtsov has no connection with his political activity

Shares
December 25, the representative of the investigation said that the murder of the Russian opposition politician Boris Nemtsov has no connection with his political or social activities 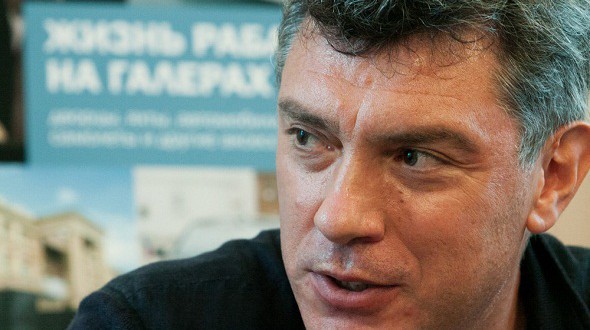 The representative said that “in accordance with Article 277 (of the Criminal Code of the Russian Federation), attempt on the life of a political or public figure must be done in order to stop such activities,” Joinfo.ua reports with reference to Interfax.

In September, representatives of Nemtsov’s family filed a petition to qualify this crime as murder of a statesman, but were refused.

According to the lawyers, the basis for the re-qualification is the fact that at the time of the murder Nemtsov was a deputy of the Yaroslavl Regional Duma, co-chairman of the opposition party RPR-Parnassus, and previously held positions in the government, was the governor and the deputy of the State Duma.

The murder of Boris Nemtsov has suspended the publication of evidence of Russian troops’ presence in the Donbas.

Russian prosecution initiated the criminal case under article 105 (murder) and 222 of the Criminal Code (arms trafficking).

Under the warrant of the Basmanny Court, five suspects were arrested: Zaur Dadaev, Anzor Gubashev and their alleged accomplices Khamzat Bach, Shadid Gubashev and Temirlan Eskerhanov.

On October 18, the prosecution arrested and charged of murder Ruslan Muhudinov from Battalion “North” of Chechen Interior Ministry.

The term of the preliminary investigation was extended till February 28, 2016. As expected, the investigation will be complete by the end of 2015 or beginning of 2016.