Shares
80 tons of oil spilled out in an accident on a pipeline of a private refining plant in Volgograd region, Russia 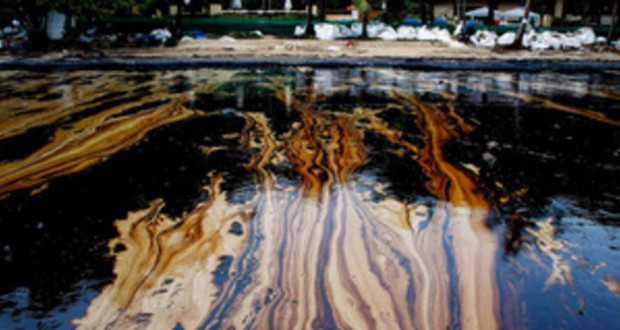 80 tons of oil spilled out in an accident on a pipeline of a private refining plant in Volgograd region, Russia, a law enforcement source said to Russian agency Interfax, Joinfo.ua reports.

According to the source, a rupture on the pipeline of a private company caused 80 tons of oil spilling out on an area of ​​100 square meters.

Two workers died in the course of work on elimination of the accident, another was hospitalized with intoxication. The emergency repair teams work at the scene, the spill poses no threat to the nearby village.

Yesterday, the Investigation Committee in Volgograd region of Russia reported that at the section of the pipeline 5 kilometers from the village Miroshniki, Kotovsk district, Volgograd region, found the bodies of two people.

According to preliminary data, three workers that came to repair the breach dug a trench to remove the spilled oil. During the work the men lost consciousness. Two men died. The third man was pulled out and survived. Presumably, they could have been poisoned with gas, generated in the course of oil production.

The investigation in underway.