Breakdown of the power line caused rolling blackouts in Crimea

Shares
In the evening of December 30, a breakdown on the high-voltage line Kakhovka-Titan caused rolling blackouts in Crimea 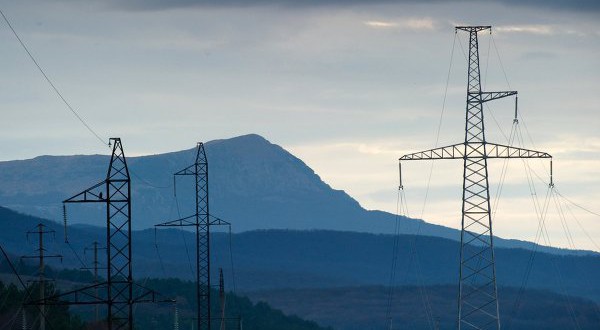 In the evening of December 30, a breakdown of the high-voltage line Kakhovka-Titan in Kherson region of Ukraine, which provides electricity supply from mainland Ukraine into Russia-occupied Crimea, caused rolling blackouts in the peninsula, Joinfo.ua reports with reference to RIA Novosti.

The so-called “Fuel and Energy Minister” of Crimea Svetlana Borodulina said: “The line has been de-energized because of the breakdown. We will restore the power supply in the nearest time.”

Kakhovka-Titan is the only one line, which has provided the volume of 180 MW of electricity to Crimea from December 8. This volume has been distributed mainly in the northern regions of Crimea: Dzhankojsky, Chernomorsky and Razdolnensky, and the town of Yalta on the south coast. Borodulina assured that the power supply would be restored in the next few minutes due to redirection from the central part of Crimea.

Yevpatoria residents (in the west part of Crimea) reported that the power was restored within minutes. On the entire peninsula occupation authorities imposed limits of the use of electricity. In particular, in Sevastopol they introduced a schedule of the power supply – 3 hours on / 3 hours off. Besides, the streetlights were shut off completely. Also, local administrations promised to provide electricity to the social facilities and hospitals. On December 31, trolley will run from 6 to 11 a.m., and then they will be substituted by non-electric transport.