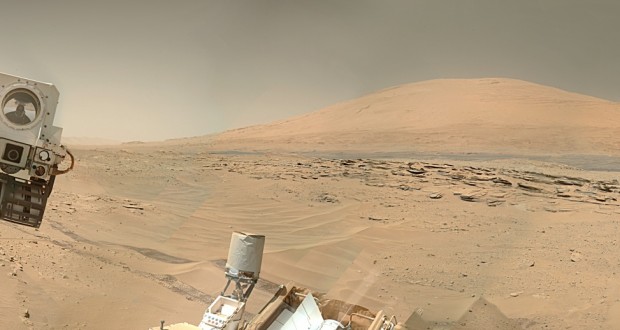 NASA’s Jet Propulsion Laboratory has released a new 360 degrees video of Mars allowing viewers to drag and drop on the clip to explore the surface of the Red Planet, Joinfo.ua with reference to CNN.

Made from multiple images stitched together, it includes a view of the downwind face of the Namib Dune about 23 feet away from the camera and rising up about 16 feet, NASA said. Mount Sharp can be seen in the distance.

The images were taken on December 8, 2015, by a camera on NASA’s Curiosity Mars rover during the 1,197th sol (or Martian day) of its work on the planet. One sol is about 40 minutes longer than an earth day.

The mission’s examination of the dunes field is the first close look at active sand dunes anywhere other than earth, NASA said.