Shares
On February 11, at the meeting in Brussels foreign ministers of the alliance agreed to provide support to assist with the refugee and migrant crisis 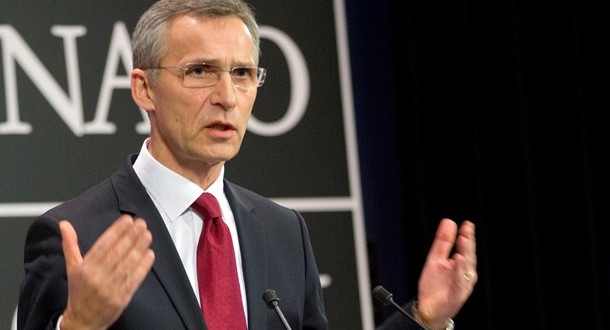 Speaking at the press conference following the meeting of NATO foreign ministers on Thursday, Secretary General Jens Stoltenberg said that Europe is facing the greatest refugee and migrant crisis since the end of the Second World War, Joinfo.ua reports with reference to the NATO press release.

“We have just agreed that NATO will provide support to assist with the refugee and migrant crisis.This is based on a joint request by Germany, Greece and Turkey,” – said Secretary General.- “The goal is to participate in the international efforts to stem the illegal trafficking and illegal migration in the Aegean.”

He also said that NATO’s Standing Maritime Group 2, deployed in the region, will move “into the Aegean without delay” and “start maritime surveillance activities.”

The Group 2 will conduct reconnaissance, monitoring and surveillance of the illegal crossings in the Aegean sea in cooperation with relevant authorities.

Stoltenberg stressed that “this is not about stopping or pushing back refugee boats” – NATO will “contribute critical information and surveillance to help counter human trafficking and criminal networks”.

“We also decided to intensify intelligence, surveillance and reconnaissance at the Turkish-Syrian border,” – said NATO Chief.

It should be recalled that on February 8, at least 27 migrants, including 11 children, were killed after a boat capsized in the Aegean between Turkey and Greece.