Shares
Commenting the revolutionary detection of the ripples in spacetime, Stephen Hawking said that “gravitational waves could provide a completely new way of looking at the universe. The ability to detect them has the potential to revolutionize astronomy." 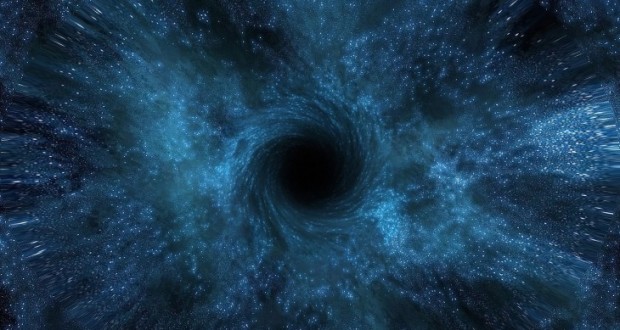 Last week a team of scientists from the Laser Interferometer Gravitational-Wave Observatory (LIGO) made a groundbreaking discovery. They detected gravitational waves from the black holes deep in space. This discovery will help people understand how the university works. Astronomy uses the electromagnetic spectrum (such as visible light, X-rays, infrared) to study the universe, but objects that do not radiate in the electromagnetic spectrum will go unnoticed. But now we know how to detect gravitational waves, there could be a paradigm shift in how we detect and study some of the most energetic cosmic phenomena, Space.com reports.

Using LIGO’s twin observing stations located in Louisiana and Washington, physicists not only detected gravitational waves; the gravitational waves they detected had a very clear signal that closely matched theoretical models of a black hole merger some 1.3 billion light-years away. Already, from initial analysis of the black hole merger signal, Hawking has realized that the system seems to align itself with theories he developed in the 1970’s.

“This discovery is the first detection of a black hole binary system and the first observation of black holes merging,” he said. “The observed properties of this system is consistent with predictions about black holes that I made in 1970 here in Cambridge.”

The details behind how this first gravitational wave signal of a black hole merger agrees with theory are complex, but it is interesting to know that this first detection has already allowed physicists to confirm decades-old theories that have, until now, had little to no observational evidence.

“This discovery also presents a puzzle for astrophysicists,” said Stephen Hawking. “The mass of each of the black holes are larger than expected for those formed by the gravitational collapse of a star — so how did both of these black holes become so massive?”

This question touches on one of the biggest mysteries surrounding black hole evolution. Currently, astronomers are having a hard time understanding how black holes grow to be so massive. On the one end of the scale, there are “stellar mass” black holes that form immediately after a massive star goes supernova and we also have an abundance of evidence for the existence of the supermassive behemoths that live in the centers of most galaxies. There is a disconnect, however.

One thing is clear, however: This is the first time that we’ve acquired direct evidence of a black hole merger — a key mechanism that underlies black hole evolution theories — so it’s good to know we’re on the right track.