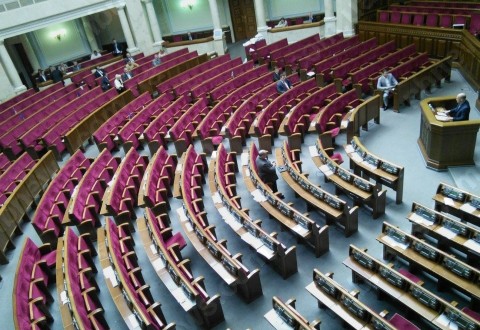 “The leaders of the Samopomich party have decided to recognize as impossible Samopomich’s further alliance with the political forces that are involved in an oligarchic coup at the parliament and stop its membership in the parliamentary coalition,” faction leader Oleh  Bereziuk said on Thursday, Joinfo.ua reports with reference to Interfax.

He said that all the members of the faction had already signed an appeal to the Verkhovna Rada Chairman Volodymyr Groysman regarding the cessation of its participation in the coalition.

The Samopomich faction will also initiate amendments to the Law On Elections so that the next parliamentary elections will be held based on open election lists.

Samopomich has also addressed the members of the Petro Poroshenko Bloc and People’s Front factions “who consider it unacceptable for themselves to be involved in cementing a government of kleptocracy and oligarchy” to leave their factions and jointly coordinate steps to protect parliamentarianism in Ukraine.

It should be recalled that five factions at the Verkhovna Rada, i.e. those of Petro Poroshenko Bloc, People’s Front, Samopomich party, the Radical Party of Oleh Liashko, and Batkivschyna, decided on November 27, 2014, to set up a parliamentary coalition.