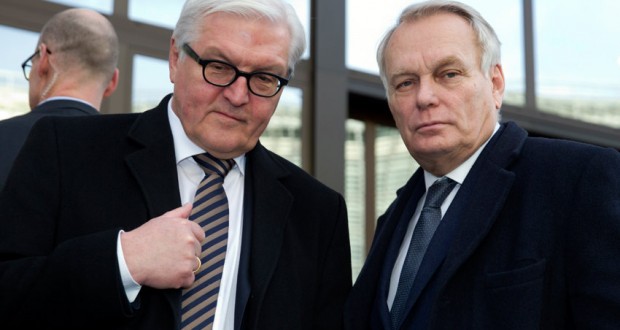 German Foreign Minister Frank-Walter Steinmeier’s spokesman, Martin Schaefer, said that he will meet in Berlin with French Foreign Minister Jean-Marc Ayrault and they will then fly to Kyiv, Joinfo.ua reports with reference to ABC news.

Schaefer said the ministers will meet Ukraine’s president, prime minister and other senior politicians, as well as ministers who have resigned or threatened to. He said their message is: “You must not let Ukraine’s reform efforts come to a standstill.”