Home / World / The U.S. and Russia announced ceasefire in Syria to start at weekend

The U.S. and Russia announced ceasefire in Syria to start at weekend 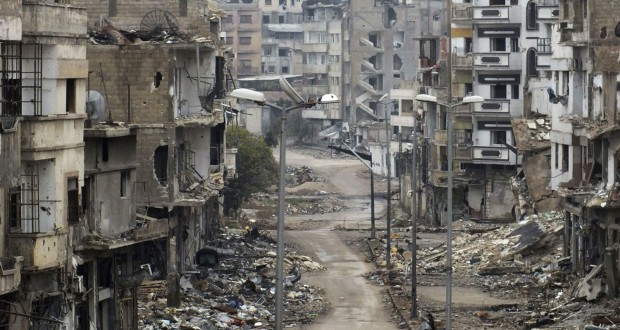 Their statement said the truce did not include so-called Islamic State (IS) and the al-Qaeda-linked Nusra Front. So, Syria, Russia and the US-led coalition will continue air strikes against these groups, BBC reports.

World powers had on 12 February agreed a truce to come into effect within a week, but that deadline passed and scepticism remains over the new plan.

Violence has continued unabated in Syria, with 140 killed in bombings in Homs and Damascus on Sunday.

Some 11 million others have been forced from their homes, of whom four million have fled abroad – including growing numbers who are making the dangerous journey to Europe.

The joint Russian-US statement said the truce applied to “those parties to the Syrian conflict that have indicated their commitment to and acceptance of its terms”.

This excluded IS, Nusra and “other terrorist organisations designated by the UN”.

It said that armed opposition groups taking part would have to confirm their participation by midday on 26 February.

Russian and Syrian planes would halt any attacks on the armed opposition groups.

Russia and the US will work together to “delineate territory where groups that have indicated their commitment to and acceptance of the cessation of hostilities are active”.