Home / World / Hungary to change deal on helicopters with Russia

Hungary to change deal on helicopters with Russia

Shares
Hungary will not buy 30 Mi-8/Mi-17 multi-mission helicopters from Russia. Instead offered an option to engage Russia in retrofitting of five Mi-17 helicopters of the Hungarian army 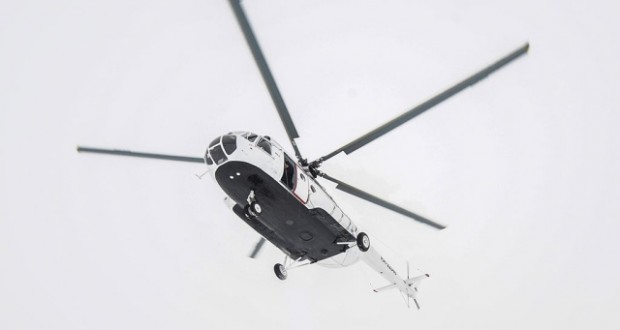 The Hungarian Prime Minister Viktor Orban said during his visit to Moscow on February 17, the source told UNIAN, Joinfo.ua reports.

Orban said the decision had been made under the pressure of the European Union’s leadership.

“The fact that Ukrainian and European mass media quickly spread the news that Orban might sign a helicopter contract with Russia became one of the reasons why the European Union increased pressure on the Hungarian government, which made it give up the deal,” the source said.

Orban tried to ease the situation and offered Putin an option when Russia could be engaged in retrofitting of five Mi-17 helicopters used by the Hungarian army, the source added.

The Hungarian government claims that EU sanctions should not be applicable to repairs to military equipment, while international law holds it that the notion “defense commodity” includes corresponding products, services and technologies.

Shortly after a Hungarian delegation returned from Moscow, Hungary’s government called a tender to retrofit the said helicopters during the period from May 31, 2016, to November 30, 2017.

“De jure, all countries and companies are allowed to bid, but this tender seems to have been designed for Russia. As it is almost impossible to prepare and submit a bid to modernize Hungary’s Soviet-type helicopters within such a short period of time. Of course, if it’s not Russia or Ukraine. As the Ukrainian defense industry has been working in a full helicopter production and modernization cycle for almost a decade. Ukraine can help Hungary with the replacement of engines – only Ukrainian-based Motor Sich plant manufactures patent enginesfor Soviet-type helicopters,” the source said.

Putin and Orban previously discussed the acquisition by Hungary of 30 Mi-8/Mi-17 multi-mission helicopters from Russia, notwithstanding a European Union ban on military cooperation with Moscow after an incursion into Ukrainian territory, a source close to the talks said.

“Why, actually, it is Hungary that has constantly voiced the need to ease sanctions against Russia. The Hungarian Defense Ministry wants to buy around 30 Mi-8/Mi-17 multi-mission helicopters from Russia. The deal is estimated at more than $400 million. Orban’s visit to Moscow on February 17 was devoted, inter alia, to the discussion of this contract,” the source said.

Orban was said to seek compensation to Putin for the difficulties incurred with the completion of a nuclear power plant in Hungary, where Russia was the main contractor.