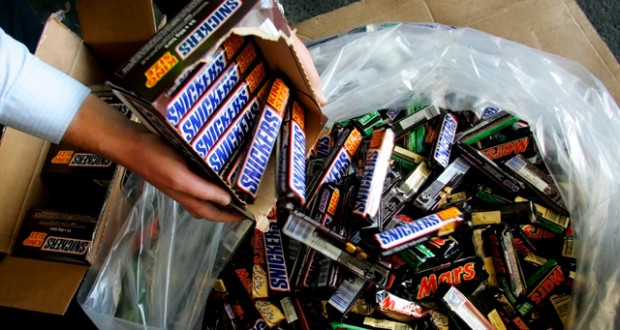 The food giant said it has decided to voluntarily recall some products as a precaution, BBC reports.

In the UK the products affected include funsize Mars and Milky Way bars and boxes of Celebrations.

In the Netherlands Mars and Snickers bars were also affected.

It comes. The plastic was traced back to the Mars factory in the southern town of Veghel in the Netherlands.

A spokesperson for Mars said the recall only involved products manufactured at the Dutch plant.

The recall covers mostly countries in Europe and does not extend to the US, where Mars is based.

The company has not said how many bars are affected or how much the recall will cost.