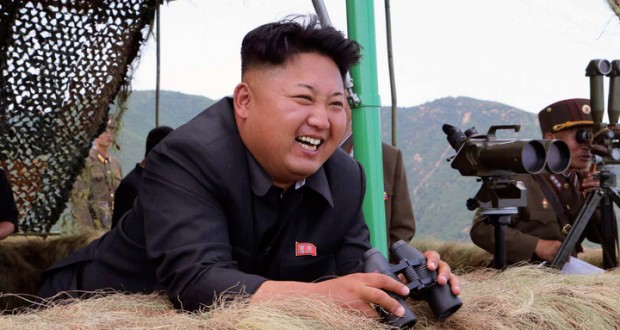 North Korean leader Kim Jong Un ordered his country to be ready to use its nuclear weapons at any time and the military to be in “pre-emptive attack” mode in the face of growing threats from its enemies, state media said on Friday, Reuters reports.

The comments, carried by the North’s official KCNA news agency, marked a further escalation of tension on the Korean peninsula after the U.N. Security Council imposed harsh new sanctions on the isolated state for its nuclear program.

North Korea, known for belligerent rhetoric, has previously threatened pre-emptive attacks on its enemies, including South Korea and the United States. Military experts doubt it has yet developed the capability to fire a long-range missile with a miniaturised warhead to deliver a nuclear weapon as far as the United States.

Kim made the comments as he supervised military exercises involving newly developed rocket launchers, KCNA reported. It did not mention the date of the drills but said the new weapons had South Korea within range.

South Korea’s defence ministry said on Thursday the North launched several projectiles off its coast into the sea, up to 150 km (90 miles) away, an apparent response to the U.N. sanctions.

Kim said North Korea should “bolster up (its) nuclear force both in quality and quantity” and stressed “the need to get the nuclear warheads deployed for national defence always on standby so as to be fired any moment,” KCNA quoted him as saying.

“Now is the time for us to convert our mode of military counteraction toward the enemies into a pre-emptive attack one in every aspect.”