Maria Sharapova suspended from tennis after she failed doping test 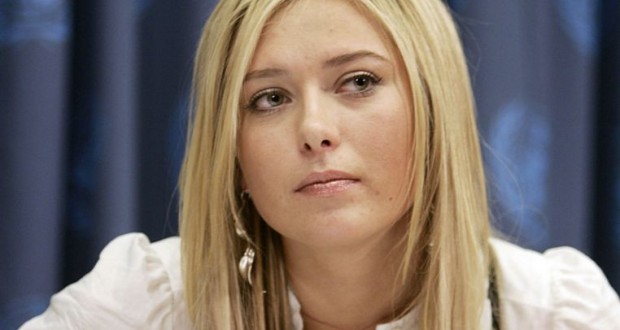 “I did fail the test and I take full responsibility for it,” Sharapova said during a press conference in Los Angeles that was streamed live on her website and attended by her parents Yuri and Yelena, people.com reports.

The five-time Grand Slam champion and former world No. 1 in singles tested positive for Meldonium, a drug that can help an athlete’s endurance and rehabilitation. It had not been a banned substance in the tennis world until this year.

Sharapova, who won the Wimbledon title at age 17, readily admitted to taking the drug for the past decade. She said she had been prescribed a medication called Mildronate by her family doctor, and was unaware that the drug was also known by the name Meldonium.

“I received an email on 22 December from WADA [World Anti-Doping Agency] about the changes happening to the banned list and you can see prohibited items, and I didn’t click on that link.”

Later in the press conference she said simply, “I made a huge mistake.”

“I have let my fans down, and let the sport down that I have been playing since the age of four that I love so deeply,” the star, 28, said. “I know that with this I face consequences and I don’t want to end my career this way. I really hope to be given another chance to play this game.”

According to The International Tennis Federation, Sharapova “will be provisionally suspended with effect from 12 March, pending determination of the case.” The penalty for first-time offenders is usually two years.

Despite the dour nature of the press conference, there was some levity to the proceedings as Sharapova quipped, “I know many of you thought that I would be retiring today but if I was ever going to announce my retirement it would not be in a downtown Los Angeles hotel with this fairly ugly carpet.”