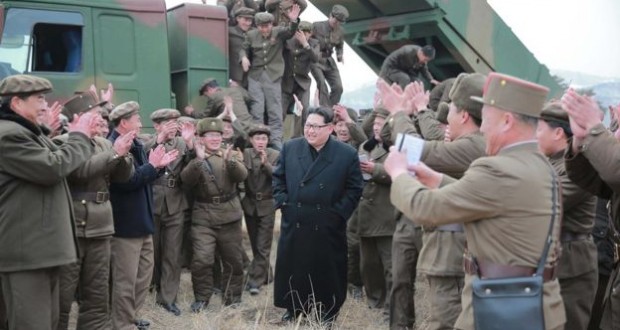 The report did not say when the test took place but it was probably referring to North Korea’s launch of two short-range missiles on Thursday that flew 500 km (300 miles) and splashed into the sea.

The North Korean leader was quoted in state media this week as saying his country had miniaturized nuclear warheads to mount on ballistic missiles.

Tensions have risen sharply on the Korean peninsula after the North conducted its fourth nuclear test in January and fired a long-range rocket last month, spurring the U.N. Security Council to adopt a new sanctions resolution.

Conducting more nuclear tests would be in clear violation of U.N. sanctions, which also ban ballistic missile tests, although Pyongyang has rejected them. North Korea has a large stockpile of short-range missiles and is developing long-range and intercontinental ballistic missiles (ICBMs).

South Korea’s Unification Ministry spokesman Jeong Joon-hee said: “It’s simply rash and thoughtless behavior by someone who has no idea how the world works,” when asked about Kim’s comments.