Shares
The European Space Agency in partnership with the Russian Federal Space Agency (Roscosmos) launched two robotic spacecrafts into space on Monday. The goal of the mission is to search for past or present life on Mars 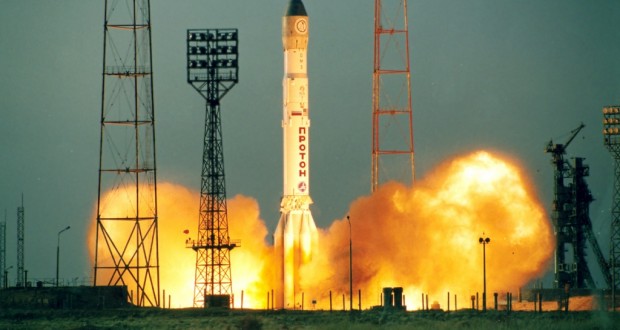 On Monday morning of March 14 the European Space Agency in partnership with the Russian Federal Space Agency (Roscosmos) started the first phase of the ExoMars mission, the Verge reports.

The second ExoMars’ launch is scheduled on 2018. Today’s rocket launch carries the Trace Gas Orbiter and the Schiaparelli EDM Lander into space, which will both arrive at Mars in October of this year, according to the ESA. The Trace Gas Orbiter will orbit around the planet and measure the types of gases in the atmosphere. Specifically, the orbiter is looking for traces of methane — a potential indicator of biological life on the planetary surface below.

The job of the Schiaparelli lander is to descend to the Martian surface and land intact. Its landing is meant to show that the ESA and Roscosmos have the right technologies to gently touch down an object on Mars. It’s kind of a trial run for the next ExoMars spacecraft: a rover that will launch in 2018. The rover is designed to explore the planet and dig up dirt samples to look for signs of biology. If Schiapearelli can land intact, the rover that follows it likely will too.

If the ExoMars mission does find evidence of life, the program’s researchers hope the discovery will inspire a future trip to Mars that brings samples back to Earth. It’s difficult to study samples of Martian soil remotely; the analysis must be done entirely by spacecraft and the resulting data can be hard to translate from afar. But if the samples can be safely returned to Earth, they can be studied in greater detail by experts in our planet’s laboratories. “It would be the logical next step,” said Hakan Svedhem, an ESA project scientist for the ExoMars mission. “If we find life now on Mars, we’ll want to understand what kind of life that is.”

The Trace Gas Orbiter will look for many gases in Mars’ lower atmosphere, because it could indicate a past or present life source too.