Police hunting after gunfire in counter-terrorism raid in Brussels

Shares
Belgian security forces are hunting for at least two men after shots were fired at police during a counter-terrorism raid in the capital, Brussels 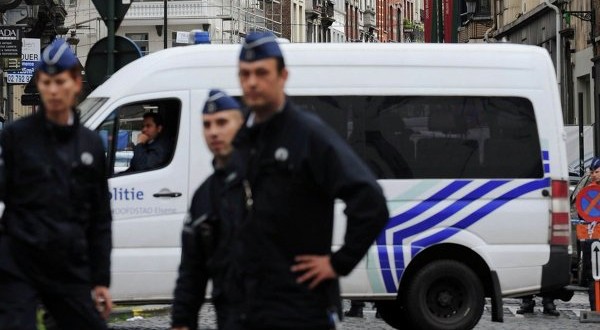 Three officers were reportedly hurt, one of them seriously. Streets in the suburb of Forest have been sealed off, BBC reports.

A BBC reporter at the scene says there has been more gunfire subsequently.

The raid is linked to the Paris attacks which killed 130 people last November. Islamic State (IS) militants have claimed responsibility for the attacks.

After Tuesday’s incident, police said they were pursuing at least two suspects who had escaped over rooftops.

Eric Van Der Sypt, a spokesman for the federal prosecutor, told AFP news agency that “police were fired at” during the raid on Tuesday afternoon. He added that the raid was “linked to the Paris attacks investigation”.

A major police operation is now under way, with a helicopter flying overhead.

The BBC’s Damian Grammaticas at the scene says the whole area is flooded with police, with every access road being blocked.

Since the 13 November attacks, officials have identified most of the people they believe to have carried out the assaults.

Most of the suspects have either died during the attacks or been killed in later police raids.

But two suspects – Salah Abdeslam and Mohamed Abrini – are still on the run.

However, French police sources said that Abdeslam was not the target of Tuesday’s raid.

In addition, 11 people have been arrested and charged in Belgium in connection with the killings. Another eight are still in detention.

Parts of Brussels were sealed off for days after the Paris massacre amid fears of a major incident there as a number of suspected attackers lived in the Belgian capital.