Shares
On Monday, the Russian President Vladimir Putin announced the withdrawal of the Russian military contingent in Syria, saying the Kremlin had achieved most of its objectives 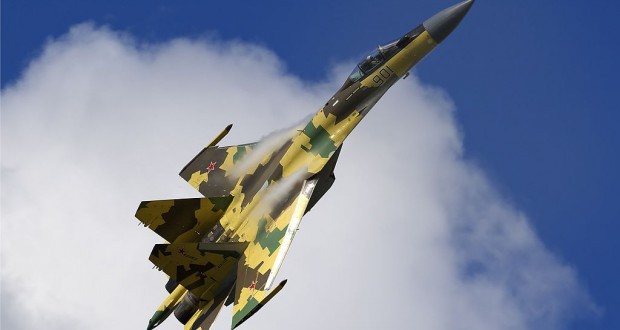 Just under half of Russia’s fixed-wing strike force based in Syria has flown out of the country in the past two days, according to a Reuters calculation which suggests the Kremlin is accelerating its partial withdrawal.

The precise number of planes Russia kept at its Hmeymim base in Syria’s Latakia province is secret. But analysis of satellite imagery, air strikes and defense ministry statements suggested it had about 36 fixed-wing military jets there.

At least 15 of those planes have flown out in the past two days, a Reuters analysis of state television footage shows, including Su-24, Su-25, Su-30 and Su-34 jets.

Reuters could not independently verify the movements of the aircraft and it was impossible to determine whether other aircraft were flying into Syria to replace those that left.

Military analysts say the departing Su-24 and Su-25 planes, aging Soviet-era planes that have undergone some modernization, have been the workhorses of Russia’s Syria campaign.

They carried out 75-80 percent of the more than 9,000 sorties flown by Russian pilots, said Maksim Shepovalenko, a former Russian military officer who is now deputy director of the Moscow-based Centre for Analysis of Strategies and Technologies (CAST).

Russian television has shown four Su-25 and five Su-24 jets leaving in the past two days. Russia is thought by defense analysts to have had 12 of each in Syria. Five Su-34s, and one Su-30 have also been seen leaving.

John Kirby, a spokesman for the U.S. State Department, told reporters on Tuesday he did not have exact details of the Russian military contingent in Syria but said Moscow had “dozens of aircraft” based there.

Ruslan Pukhov, CAST’s director, said he thought Russia would have to pull out at least half of its strike force for its partial withdrawal to be regarded as genuine.

“Otherwise people, both nationally and especially internationally, will say this is not really true and it is simply a regrouping,” he told Reuters.