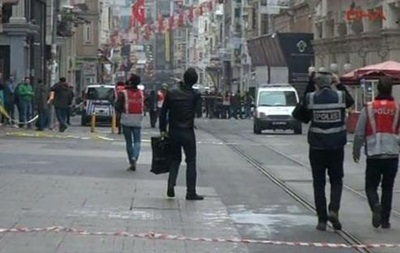 Five people were killed and 36 others were injured in a suicide bomb attack on March 19 in central Istanbul, on the busy İstiklal Avenue in Taksim, Joinfo.ua reports with reference to Hurriyet Daily News.

Turkish Health Minister Mehmet Müezzinoğlu said 36 people, including 12 foreign nationals and a child, were injured, and seven of the victims in hospitals were in critical condition.

“We as a nation are unfortunately now face to face with a situation of unlimited, immeasurable acts that are inhumane, defy human values and are treacherous,” Müezzinoğlu said.

In a later statement, the Health Ministry said six Israeli, one German, one Icelander, one Iranian, two Irish citizens and one Dubaian were receiving treatment at hospitals.

Doğan News Agency reported that a woman, who was injured in the attack and died at the hospital, was an Israeli citizen.

There was no immediate claim of responsibility for the attack on part of İstiklal Avenue, a long pedestrian street lined with global shops and foreign consulates, a few hundred meters from an area where police buses are often parked.

The pedestrian street was completely sealed off after the attack.

Turkey’s Supreme Board of Radio and Television (RTÜK) imposed a temporary ban on broadcasting pictures and video footage from the scene of the attack.

The attack in Istanbul came six days after a suicide car bomb attack in the capital city of Ankara, which killed 37 people.

The attack in Ankara was claimed by the Kurdistan Freedom Hawks (TAK), a terror group linked to the outlawed PKK.