Shares
Two of the men who carried out the attacks have been identified by the authorities as brothers Khalid and Brahim el-Bakraoui. Both are Belgian nationals who were known to police 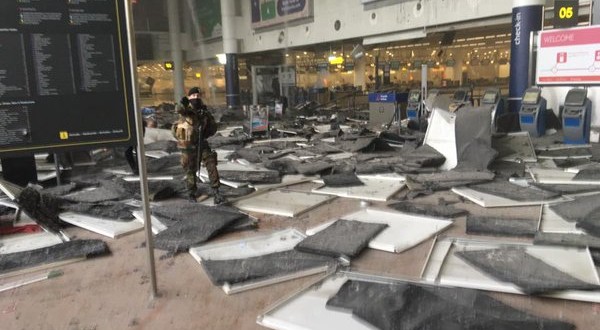 Two of the suicide bombers who carried out attacks in Brussels on Tuesday have been named as brothers Khalid and Brahim el-Bakraoui, Belgian nationals, BBC reports.

The federal prosecutor said Brahim was part of the attack at Zaventem airport that killed 11 people. Khalid struck at Maelbeek metro, where 20 people died.

Two other attackers at the airport have not yet been identified. One of them died, another is on the run.

Prosecutors say Brahim left a note in which he wrote of his desperation.

Belgium is observing three days of national mourning. The nation held a minute’s silence at midday (11:00 GMT) on Wednesday. Belgium’s king and queen have visited the airport and met some of the 260 injured in hospital.

At least 31 people were killed and 260 injured in explosions at Brussels airport and a metro station on Tuesday.

The so-called Islamic State group said it was behind the attacks.