Radovan Karadžić sentenced to 40 years for genocide at Srebrenica 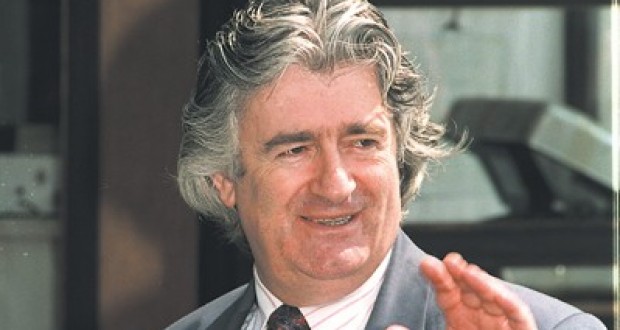 Wartime leader of Bosnian Serbs found guilty of 10 of 11 charges at international criminal tribunal for the former Yugoslavia, the Guardian reports.

The key verdict from a United Nations tribunal in The Hague was delivered 18 months after a five-year trial of Karadžić, accused of being one of the chief architects of atrocities during the 1992-95 Balkans war.

The 70-year-old, who insisted his actions were aimed at protecting Serbs during the Bosnian conflict, was found guilty of 10 out of the 11 charges he faced at the international criminal tribunal for the former Yugoslavia.

Prosecutors said that Karadžić, as political leader and commander-in-chief of Serb forces in Bosnia, was responsible for some the worst acts of brutality during the war, including the 44-month deadly siege of Sarajevo and the 1995 massacre of more than 8,000 Bosnian men and boys in the Srebrenica enclave.

Speaking after the verdicts, Serge Brammertz, the tribunal’s chief prosecutor, said: “Moments like this should also remind us that in innumerable conflicts around the world today, millions of victims are now waiting for their own justice. This judgement shows that it is possible to deliver it.”