Shares
The Russian sporting world continues to reel from doping charges as more of its athletes are being suspended, stripped of medals, and investigated for using illicit substances to enhance their performances 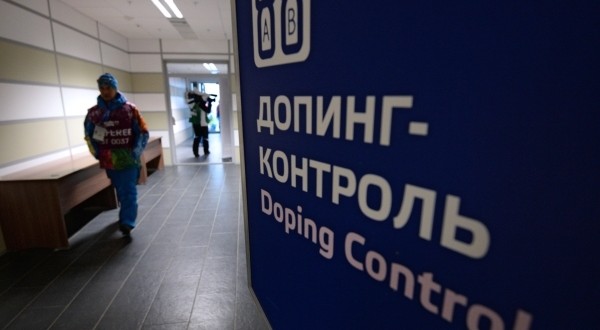 On March 24 the Russian Anti-Doping Agency (RUSADA) denied that it had covered up failed doping tests by Russian swimmers, Radio Liberty Europe reports.

The RUSADA statement comes one day after a damning report by the London newspaper The Times alleging the “systematic” use of performance-enhancing drugs by Russian swimmers.

The Times’ story led the World Anti-Doping Agency (WADA) to announce it would investigate the claims made in the report.

WADA President Craig Reedie said “there is no doubt that today’s disturbing assertions of orchestrated doping in Russian swimming should be scrutinized.”

The Times’ story claims two Russian swimmers tested positive for the blood booster erythropoietin in 2009 but that the failed tests were not reported to FINA, the international swimming federation.

FINA said on March 23 that it had taken a “particularly robust” approach toward testing Russian swimmers and installing antidoping procedures in competitions held in Russia. It added that it has no “concrete evidence” of systemic doping among Russian swimmers but urged The Times to “share its evidence.”

With more than 40 confirmed positive tests for doping among Russian swimmers since 2006, Russia already owns the gold medal for using illegal substances in swimming in the last decade.

The list of Russian swimmers who failed drug tests grew last week when Yuliya Efimova, a four-time world breaststroke champion, was found to be using the recently banned drug meldonium, which improves endurance. The 23-year-old is considered to be Russia’s best swimmer.

On Thursday March 24 the Swiss-based Court of Arbitration for Sport announced that Russian track and field athletes would have to give up two Olympic medals — one gold and one silver — from London 2012 and two world championship titles won in 2011.

The Court of Arbitration for Sport decision imposed sanctions on a total of six Russian track and field athletes.

That news may complicate efforts by Russian sports officials to convince the International Association of Athletics Federation (IAAF) to remove a ban on Russia track and field athletes before the Summer Olympics in Rio de Janeiro in August.

The IAAF banned all Russian track athletes from international competitions after a bombshell report by WADA in November alleged state-sponsored doping and widespread corruption in Russian track and field.

Russian officials are now in a race to prove to the IAAF that the country has a clean athletics program so its athletes can be reinstated in time for the Rio Olympics.

The IAAF Council will meet in May and will reportedly rule on the fate of Russian track and field athletes.

The Times’ report also claimed that Sergei Portugalov — the chief of the Russian athletics federation’s medical commission who faces a lifetime ban for involvement in doping by Russian track and field athletes — has also been involved in systematic doping.

WADA said it was “particularly concerned” by reports of Portugalov’s involvement in Russian swimming.

The list of Russian athletes who have failed drug tests runs the gamut from famed tennis star Maria Sharapova — who has admitted using meldonium — to virtually unknown amateur athletes such as trap shooter Aleksandr Samozhen, suspended one week ago for two years after failing a drug test.

Mamiashvili summed up what many people are likely thinking when he said there are “tens” of doping cases in Russia that he called an “epidemic” involving all sports in Russia.