Shares
North Korea fired a missile into the sea off its east coast on Friday, the South's military said, hours after the leaders of South Korea, Japan and the United States warned Pyongyang to end provocations or face more pressure 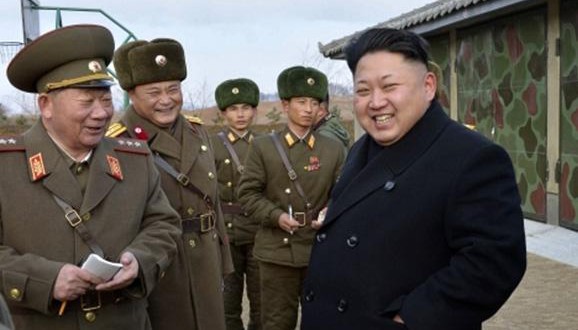 The projectile was fired from a region near the North’s east coast, a South Korean military official said by telephone, Reuters reports.

It was a short-range surface to air missile, another official at the office of the Joint Chiefs of Staff said, adding the military was trying to determine the range.

Meeting on the sidelines of a global nuclear security summit in Washington, the three leaders recommitted their countries to each others’ defense and warned they could take further steps to counter threats from Pyongyang.

It should be recalled that North Korea fired five short-range projectiles into the sea off its east coast on Monday, South Korea’s military said, amid heightened tension over the isolated country’s nuclear and rocket programs.

North Korea has also released video depicting a nuclear attack on Washington, as an angry Pyongyang continued to hit out against joint military drills between South Korea and the United States.