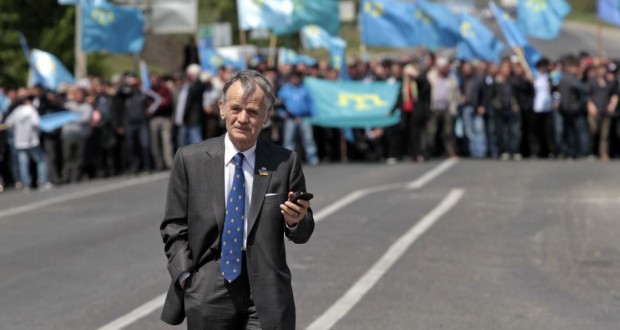 “Tomorrow [on Thursday] a trial to ban Mejlis will continue, and if it’s declared extremist or terrorist organization, then this fact should be in the focus of international organizations. If this [ban of Mejlis] happens, then it is a sufficient basis to introduce new, more effective sanctions against the aggressor,” Dzhemilev said at a press conference on Wednesday in Kyiv, Interfax-Ukraine reports.

Occupational authorities aiming to ban Mejlis and declare war on it, in fact attack all the Crimean Tatar People, Mustafa Dzhemilev added.