Home / World / Lithuanian President: Ukraine has always been and will stay in Europe

Lithuanian President: Ukraine has always been and will stay in Europe 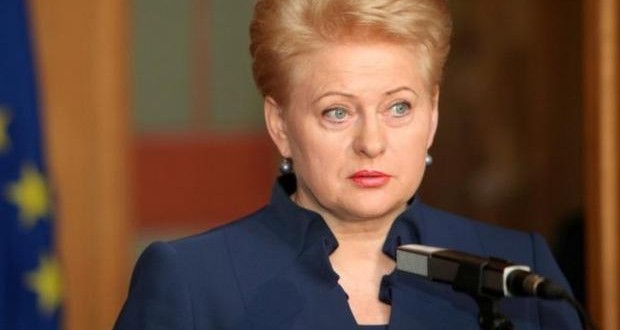 Lithuanian President Dalia Grybauskaite commented on the yesterday’s referendum in the Netherlands on the EU-Ukraine association agreement, emphasizing that regardless the results of the referendum, Ukraine “has always been in Europe and will always stay in Europe,” Joinfo.ua reports.

“Today we’ve heard about the results of the Netherlands referendum in the. We all wished they were different. However, now it is not the time to lose hope or question Ukraine’s European choice”, – said Grybauskaite.

“No one can stand in the way of Ukraine’s path to Europe because Ukraine has always been in Europe and will always stay in Europe,” – she said.

Grybauskaite recalled that the provisions of the free trade agreement have already came into effect.

“The integration process may take more time than we thought. But the end result is clear, it was decided in Maidan, “- she said.

“Today, we have to be more united and determined, ready for reforms, integration, and a new European Ukraine,” – said Grybauskaite.

“Lithuania and all Europe will be on your side. Glory to Ukraine!”- Lithuanian President concluded.

It should be recalled that yesterday Ukrainian media shared the first exit poll results of the referendum in the Netherlands on the EU-Ukraine association agreement from poll stations in Japan.