Shares
Dutch Prime Minister Mark Rutte says the Netherlands will not be able to "just proceed" with the ratification of the EU-Ukraine Association Agreement after the Dutch referendum on April 6 when the majority of citizens rejected the EU-Ukraine deal. 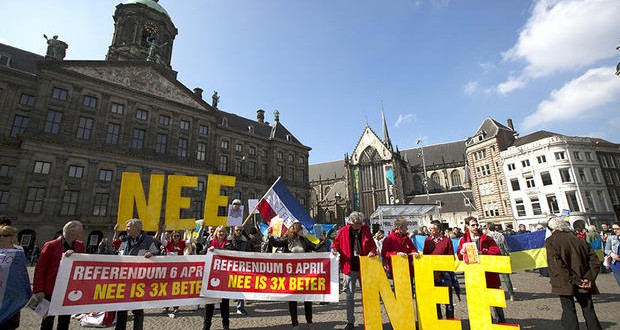 On April 6, the Prime Minister of the Netherlands Mark Rutte said in a statement that the Netherlands will not be able to “just proceed” with the ratification of the EU-Ukraine Association Agreement after the referendum, when the majority of citizens rejected the EU-Ukraine deal, Joinfo.ua reports with reference to UNIAN.
“If this is the outcome, we will have to consider this advice carefully. It implies a political fact that ratification cannot just proceed. But the majority of the people that cast their ballot, have voted against,” Rutte said.
“We’ll need to follow a step by step approach. The first step will now be to get more clarity on the outcome, after which the cabinet will deliberate and enter into a discussion with parliament, as well as with our European partners and Ukraine. This will process will take time, not just days, probably weeks,” he said.

It should be recalled that Ukrainian President Petro Poroshenko commenting the referendum said that “the true goal of the organizers of this referendum is … an attack on the unity of Europe, attack on the spread of European values”.