Shares
Panama's attorney general raided the offices of the Mossack Fonseca law firm late on Tuesday to search for any evidence of illegal activities, authorities said in a statement. 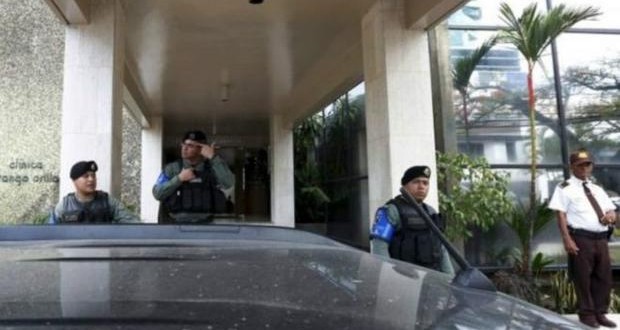 Mossack Fonseca – the firm at the center of the Panama Papers scandal – has been accused of tax evasion and fraud, Joinfo.ua reports with reference to the Vice News.

The national police, in an earlier statement, said they were searching for documentation that “would establish the possible use of the firm for illicit activities.”

Police offers and patrol cars began gathering around the company’s building in the afternoon under the command of prosecutor Javier Caravallo, who specializes in organized crime and money laundering. Searches will also take place at subsidiaries of the firm. The firm’s offices in El Salvador were also raided by authorities last Friday.

Mossack Fonseca, which specializes in setting up offshore companies, did not respond to requests for comment on Tuesday. The company has come under intense scrutiny since the biggest data leak in history revealed how the global elite used its services for complicated financial arrangements which included hiding assets and avoiding tax.

It should be recalled that 20 Ukrainians were mentioned in the Panama Papers, three persons – Ukrainian President Petro Poroshenko, former Prime Minister Pavlo Lazarenko, and Kyiv Post owner Mohammad Zahoor, a Ukraine-based British millionaire of Pakistani origin – have been covered by separate materials.